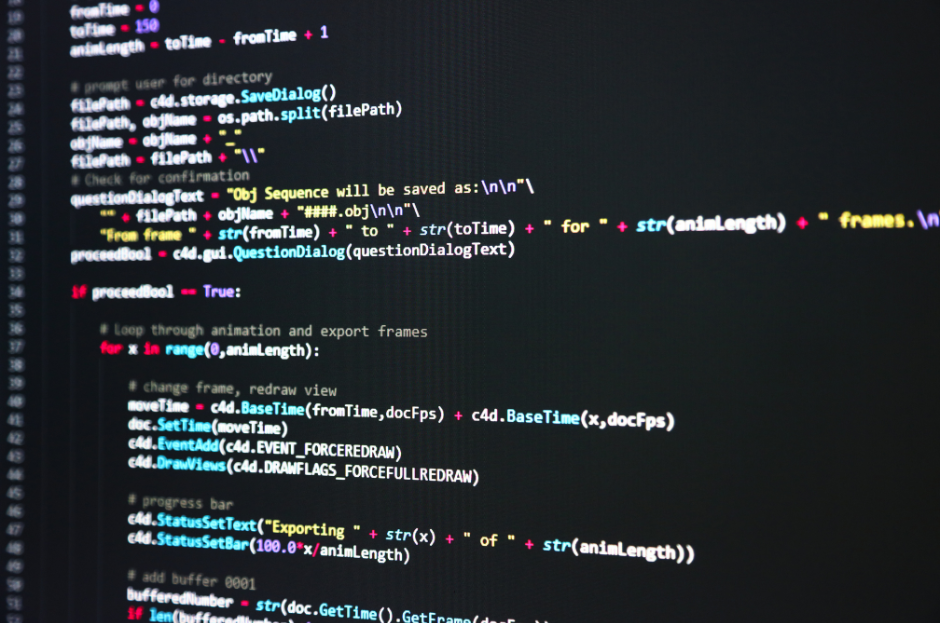 When setting out to develop your technical portfolio, you’ll find yourself struggling to come to terms with which programming language is the correct choice for you. The reality is that there isn’t truly a right or wrong answer. At the end of the day, it all comes down to what path you want to go down. Depending on whether your end goal is Front-End Development, Back-End Development, Software Engineering, Data Analytics, Data Science, Cyber Security, or something else altogether…your idea’s first programming language can vary drastically.

With that being said, there’s an argument to be made that certain programming languages are more worthy of your time than others. The reason for this is that some languages feature more versatility and can be used for more applications than others. Without further ado, here’s our case for why learning Python is a must (we use this term loosely) for every beginner, intermediate, or advanced techie out there:

Well…duh?! All that matters at the end of the day is whether or not you can bank out, and Python definitely doesn’t disappoint. As of August 22, 2021, Indeed.com reports that Python Developers take home an average annual base salary of $107,230.

Not too shabby, but the crazy part is that this statistic doesn’t even come close to painting the full picture. Due to the sheer number of job titles out there that require Python, it’s almost impossible to really say how well Python can pay.

Here’s what we mean…

Python is so versatile that it gets used in a wide variety of settings & applications. You can go into Development, Software Engineering, Front-End, Back-End, Data Science, and Machine Learning…the options are seemingly limitless. In terms of its uses/applications, you definitely don’t have enough fingers and toes to count. Data Mining, Artificial Intelligence, Data Science, Web Development, Machine Learning, Network Development, Rapid Application Development, Web Frameworks, Embedded Systems, Automation Scripting, Testing, Product Development, Gaming, Graphic Design Applications…the list is seemingly endless. Because Python is easy, efficient, and can be used as an alternative to less intuitive languages like Java…it is becoming more and more popular as a primary language.

Ok yes, you probably hear this all the time about every programming language out there…but seriously. Guido Van Rossum, the Creator of Python, designed the language to be a general-purpose one. The syntax is simplified, which makes it very popular amongst all types of developers. Python is also an interpreted language. What this means is that (unlike compiled languages like C++ and Java) you can find out the results for each line of code, immediately after it’s been written. Python’s readability also gives it an advantage over other languages, like Java. It essentially reads a lot more like plain English than many other programming languages do, which is an incredible advantage for raw beginners. Generally speaking, Python also requires fewer lines of code than languages like Java and C#. This means that overall maintenance of your code can be done in less time than usual.

Ever get stuck while studying on your own? No problem. Python is over 30 years old, which means that the support system around it has had ample time to grow, mature, and fine-tune. Regardless of your level of expertise, you shouldn’t have much trouble finding solutions to the roadblocks you are bound to encounter. With ample documentation, free courses, video lessons, and forums across the internet, you can feel confident in knowing that you should be able to find answers to your questions.

If you’ve spent any time online reading about tech, you’ve surely heard of terms like Big Data, Machine Learning, and Cloud Computing. These are undoubtedly some of the biggest tech niches around today, and Python has a role to play in all of them. Python is one of the most popular languages for Data Science and Analytics. Many Python libraries are used for Machine Learning projects on a daily basis.

We all want more users on our software/platforms, but there are consequences to scaling up sky high that you need to be prepared for. Because maintenance for Python tends to be easier, it is an ideal choice for taking your business to the next level. Although people tend to believe that Python is slower (which can be true), the actual development/maintenance of the application will probably occupy less of your time. If you scale to the point where you have paid employees handling your technical tasks for you, this could save you a lot of money in wages.

There really isn’t a right or wrong answer when trying to figure out which programming language you should aim to tackle first. It really depends on your short- and long-term goals. With that being said, some programming languages are more versatile than others. It’s hard to argue that there’s a more versatile language out there than Python. Given the sheer volume of potential career paths, you’ll be set up for, it’s literally almost like you’re putting one foot into every door.

Interested in learning more about Python, but not sure about where to begin? Check out our Full Stack Web Development (Python) and Data Analytics courses. Both of these courses take deep dives into Python.